This article first appeared in InvestmentNews on March 8th, 2021, and can be found here.

Women have shattered many glass ceilings during the last year, including within the stubbornly male financial services industry.

In wealthtech, which brings together the financial services industry with the historically male-dominated technology sector, representation also is making progress. As tech disrupts the industry, women in fintech are spearheading the movement to democratize finance and breaking down internal barriers for gender equity.

Pioneers like Ellevest Co-founder and CEO Sallie Krawcheck, InvestmentNews’ 2021 Icon, have taken her high-ranking power on Wall Street to create a fintech built by women for women, operated by a staff that’s 75% women and 50% people of color. 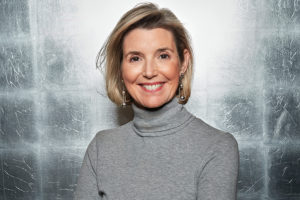 Women-led fintechs are changing the game by leveraging digital platforms to curate content and tools aimed at deconstructing systemic issues that have made access to financial services typically cumbersome.

Women like Ally Invest President Lule Demmissie are at the forefront because their diverse backgrounds provide a natural lens to build out full-service online investment platforms that center around inclusion from the origin. 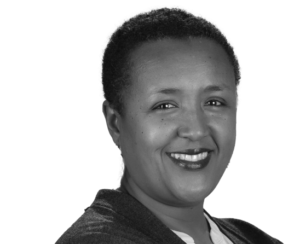 “So how we hire, how we shape the consultative process to be more mindful of inclusive thought processes and consultation processes,” Demmissie said. “What we’re also trying to break the ceiling of is the lack of engagement that comes from Black and Brown communities.”

For fintech giants like Envestnet, breaking down barriers for more consumers to access financial services meant adding $30 million to its operating expenses this year, partly dedicated to building a digital financial wellness ecosystem.

Leading the strategy for creativity and innovation at Envestnet is Dani Fava, head of strategic development. In her role, Fava is spotting trends in consumer behavior while uncovering innovative ways Envnestnet can use its scale. 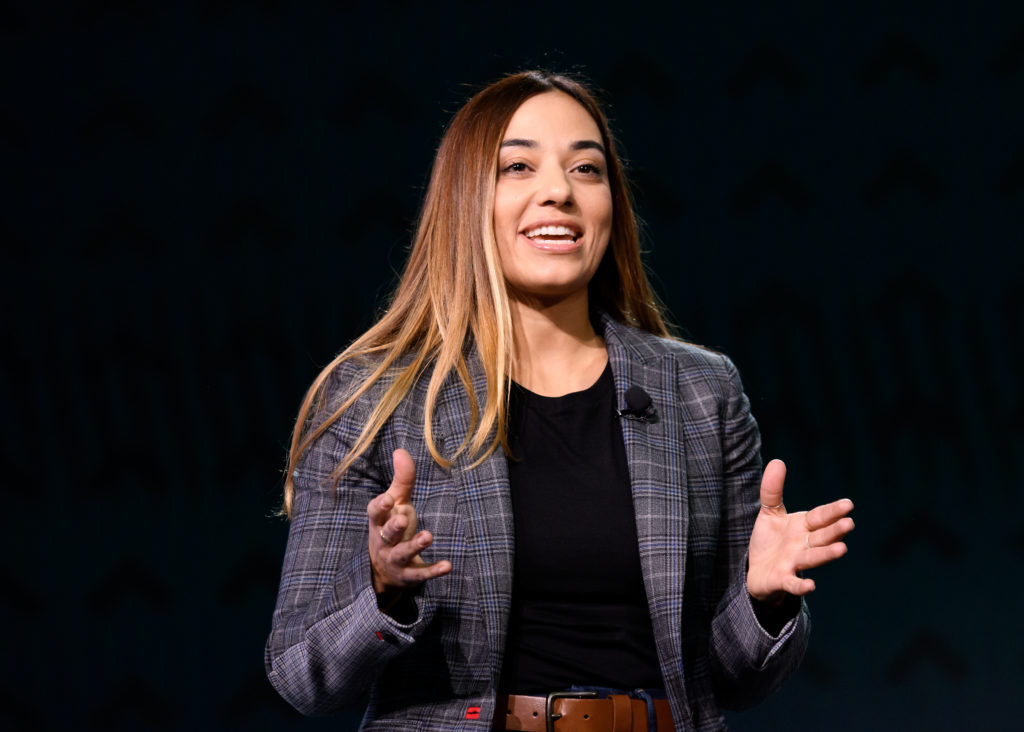 “We have this experience inside of our ecosystem with fintech providers,” Fava said. “Now we’re saying, ‘How do we bring the wealth side of the business there as well so that we can democratize it and make it available for more people?’”

Communication and marketing is a critical factor in driving this message of financial wellness and gender equality, said Samantha Russell, chief evangelist at FMG Suite. 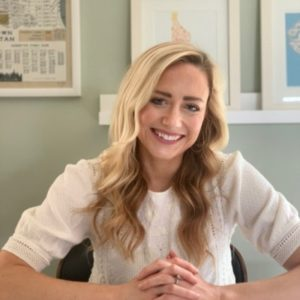 “Digital marketing as a whole is a great equalizer,” Russell said. “We work with so many women and help them to elevate their own brands and empower themselves to be able to go out there and position themselves as the expert to take their share of the market that they serve well.”

FMG Suite has a number of automated tools for communications, social media posts and emails that “level the playing field” for women advisers that may be operating like a one-person shop to compete with well-established firms, Russell said.

Fintech Advicent, which is led by 20-year veteran Angela Pecoraro, is undergoing a major platform transformation that will bring more software technology for financial planning to more people. 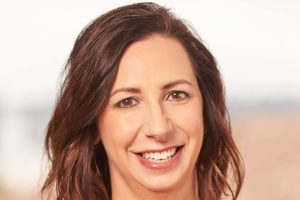 “This year’s theme is ‘choose to challenge,’” she said. “As a leader of a very large international company I really want to take time, not just on this day, but often to reflect on what I can do as a leader, and what my team can do as leaders to, again, create a very inclusive environment.”

To a similar cadence to Vice President Harris, women in wealthtech are ensuring that they are encouraging the next generation of talent to see financial services as an achievable career opportunity, said Rajini Kodialam, co-founder, chief operating officer of Focus Financial. 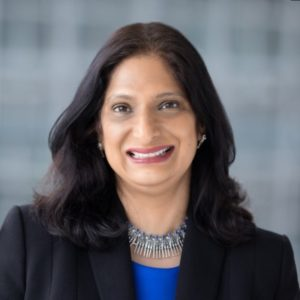 “We need the wealth industry to know we are in the succession planning business, we are in the people business,” Kodialam said. “This is the responsibility of any leader.”

Fintech startups led by incoming disruptors like Atlanta-based financial planner Jacqueline Schadeck are using their power with social media to create financial social networks that encourage the next generation of women and people of color to learn and discuss finance. 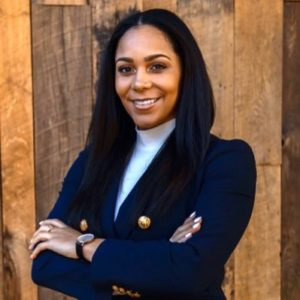 “They are also able to have a sense of community,” Schadeck said. “Within the platform, people are allowed to post their wins, their struggles, their losses all within a safe space on Pocket Advisor.” 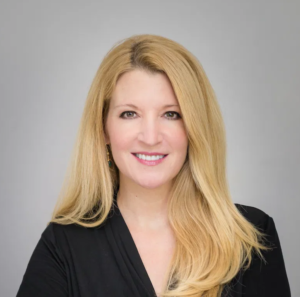 An investor can start with as little as $1 and DriveWealth powers platforms that offer instant account opening, instant funding, instant trading at little or no cost to a retail investor.

“Tech is also making it easy for female founders to launch investing apps, one of which we’ll be excited to announce later this month,” Coin said.

DriveWealth also partnered with Aghaz Investments, a Seattle-based robo-adviser that enables Muslim consumers to save for their financial goals by investing in companies that align with the values of Islam.

“What we’re really trying to do is work with our partners who are much better positioned to understand the nuances of the communities that they serve by us taking away the heavy lifting of all of the financial regulations, all of the picks and shovels as we call it,” said Raakhee Miller, chief product officer, DriveWealth. 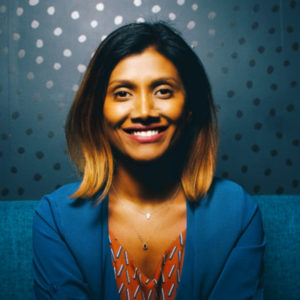 “Because we’re taking care of that, they get to take care of their communities and open up opportunities for groups that have been underserved,” she said. 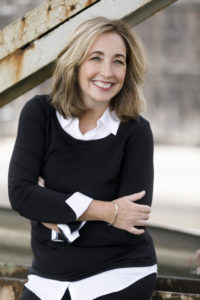 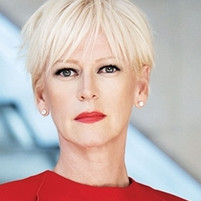 Startup’s like FutureFuel.io, a digital-driven student debt tracker, were created by Founder and CEO Laurel Taylor to address the multiple factors, such as the gender wage gap, that creates more difficulty for women to pay down student debt. 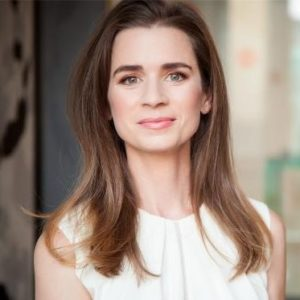 “Two thirds of student debt is held by women and persons of color,” Taylor said. With FutureFuel, users can set up small amounts like $25 a month to pay off student debt.

Another female-founded startup, IncomeConductor, allows financial advisers to illustrate their retirement savings plans to their clients during Zoom meetings. The software is a proprietary, cloud-based tool that lets advisers, firms and individuals create customized, time-segmented income plans that can be efficiently and compliantly tracked and managed throughout retirement.

Founder and CEO Sheryl O’Connor has been leading the startup since its founding. 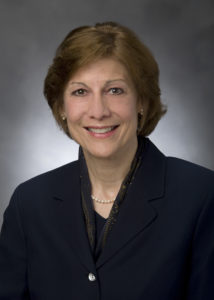 From well-established fintechs to new entrants making waves — now, is the right time for women in fintech to expand and challenge themselves into those next levels, said Lori Hardwick, chairman of Riskalyze and board member at Orion, Cetera, and Vestwell. 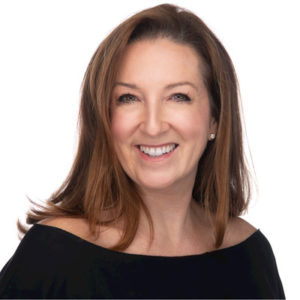 Those inequalities women face, whether it’s political, social, or economic, it’s on the women leaders in wealthtech to use days like International Women’s day to come together and push forward.

“It’s one day that we can kind of band together, refocus and really call attention to the fact that there’s so much good that can happen when women are at the table,” Hardwick said.